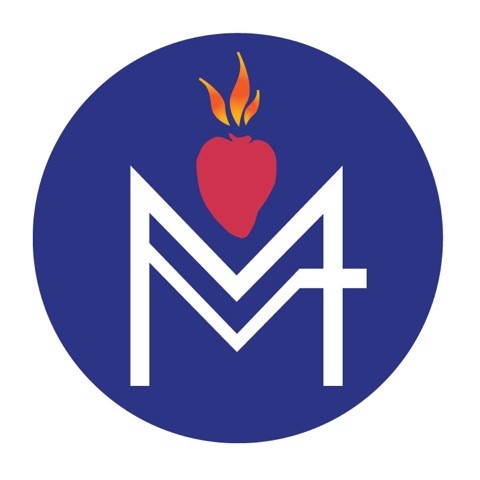 The History of Holy Cross Church in Ovid, N.Y.

It really annoys her when someone asks where Ovid is, Mary Rose Corcoran said, rather sternly. She let the appropriate time pass, then added, “I say, ‘Near Hayts Corners’.” The group of Holy Cross parishioners around a table in the parish meeting center burst into laughter.

Long comfortable with each other—and with the knowledge that their Finger Lakes community is not well-known outside the region—the parishioners were but a sampling of those who have performed their share of parish responsibilities. “These are the pillars here,” said Mary Ann Maleski, a parishioner since 1936 who served as sacristan for 37 years. Among the pillars: Mary Diaz, founder of the ecumenical food pantry in 1985 and first woman lector, and Gen Stawasz, president of the Rosarvand parish council member. To the church’s credit, Diaz added, its people have been committed to everything from taking Communion to homebound parishioners to running the food pantry.- “I think this is a very devout group of people,” Diaz said.

The parish dates to the late 1840s, when Father Michael Gilbride said Mass in the home of James Murphy in Denton Corners. Facing anti-Irish immigrant bias and possible repercussions against Murphy, the priest was forced to move the Mass first to a saloon, then a cooper’s shop and later a courthouse. The Irish Catholics built their first church in 1850 and saw it dedicated in 1851 by Bishop John Timon, of the Buffalo Diocese, of which the Rochester Diocese was then part. The building has since burned. “Despite the opposition of prejudice and sectarian fanaticism, the deep sense of their religious obligations, firm determi-nation mingled with absolute charity enabled these plucky, energetic Irishmen to accomplish their purpose,” noted Father Francis Harding, pastor (1958-64), in a church history.

Main of the stained glass windows in the current church building, built in 1896, carry names of parishioners of Irish descent. And summertime brings tourists curious about the windows and the church in general. “Every Sunday somebody will stop me and say isn’t this predominantly an Irish church,” Maleski said. “I resent that! Well, I say, they built it. But there are about 12 or more Polish members now.” Seriously, the 200-300 member families represent a mix of backgrounds today, parishioners said. They’ve supported their families and church by working nearby at the former Willard Psychiatric Center, now a drug treatment center, as well as Cornell University in Ithaca, and in Seneca Falls. Ovid lies between Seneca Falls to the north and Ithaca to the south, Cayuga Lake on the east and Seneca Lake on the west. Joe and Nancy Barrick, parishioners for just 1 1/2 years, run a realty management business out of Watkins Glen. But they find Holy Cross—not far from their home in Hector—convenient. Though newcomers to Ovid, they were readily welcomed. They became acquainted with parishioners during coffee/juice hours after Mass, Joe Barrick said. Next thing he knew, he’d agreed for his name to be placed in a hat for parish council. When the council started up in August, he became council president. But he’s glad to have such a role as Holy Cross prepares for the next millennium. “The sky’s the limit,” he said of Holy Cross. “I see people open-minded to change, which is very unusual.”

Father Bernard Maloney, OFM Cap., took the reins last November from an ailing Father Nelson Ruppert, OFM Cap., who now works as an archivist for the Capuchins’ Province of St. Mary. Father Maloney also is pastor of St. Francis Solanus Church, Interlaken. The province’s only ministries in the Rochester Diocese, the two churches are increasing their collaboration, along with St. James the Apostle Parish in Trumansburg. “I’ve always wanted to come here,” said Father Maloney, a native parishioner of St Augustine in Rochester and an Aquinas Institute graduate. He explained that the congregation owns St. Fidelis Friary in nearby Interlaken and that he was familiar with the area.

He hit the ground running, coming from the pastorate of Sacred Heart Parish in Yonkers, a large complex. With his full encouragement, several core committees are starting up this month at Holy Cross. “I’ve said to the parish council, if they ever get to the time in the parish’s history there are no priests, then the laity is going to have to assure these things will continue to happen,” Father Maloney said, “that people are involved in worship; in witness, which is social ministry; the word, which is teaching; and in community building and in temporalities.” “When I moved here, I noticed people were very cooperative, willing to help and wanting to get involved,” Father Maloney said. “They’re picking up the ball and running with it.” To which Barrick said, “He’s got an energy I think is sort of contagious.” “I was afraid to talk,” Stawasz admitted, saying she agreed to become a lector after Father Maloney arrived. “I think we have great people working in our church,” Corcoran added. And because Father Maloney has broadened the lay people’s involvement, more are taking part, she noted, “to bring the thoughts of the church together.” Smiling, she said, “He stirred things up around here pretty good.”

Weekend schedule of Masses in the parish:

(If you are unable to attend in person due to health reasons, please see this list of ways to participate in Sunday Mass online.)

Fridays, 6:30–7:30 p.m., at St. Francis Solanus church in Interlaken or by appointment with a priest.

• St. Francis Solanus Church in Interlaken is open at all times.
• St. James the Apostle Church in Trumansburg is open most days from 9:00 a.m. to 5:00 p.m.